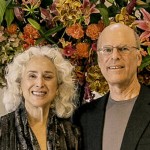 David and Susan Lederman are California natives; David from Los Angeles, Susan from Marin County. After meeting at the University of California, Berkeley their careers and interests led them first to New York City, then Santa Monica, CA and, recently, to a home they purchased in Marin County.

In Marin they oversaw a “to-the-studs” remodel. We interviewed them for the backstory on their project.

E-Z: After 14 years in Santa Monica your move 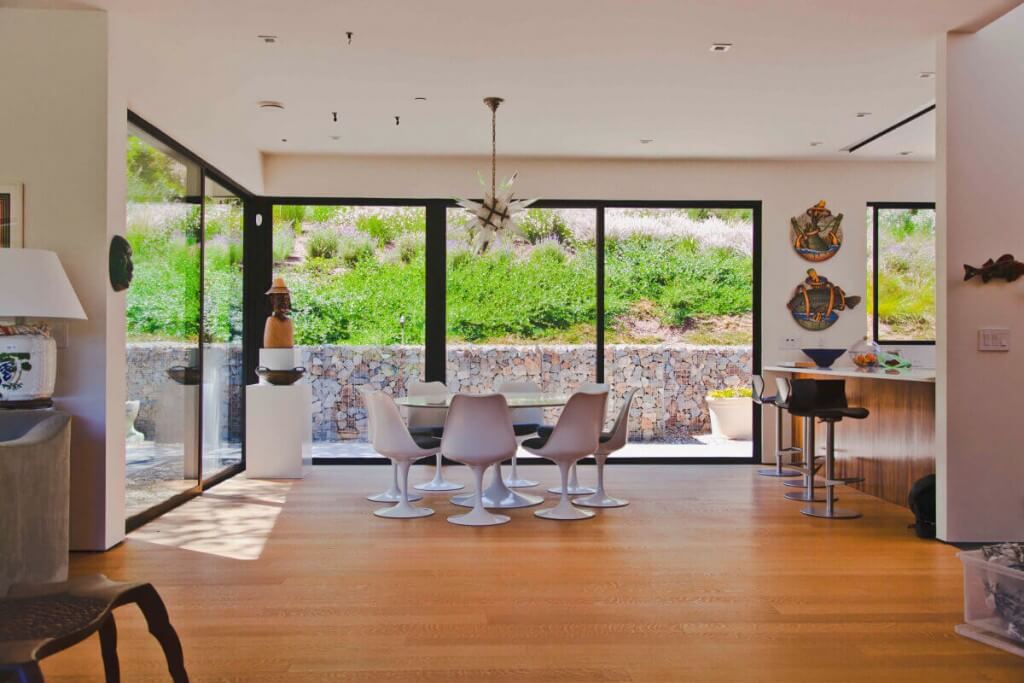 to Marin County was inspired and decisive, but required a search for the right property. What was it that attracted you to this particular home?

D & S: Over the years we had casually looked at houses in Marin County, where Susan grew up. We never quite found what we wanted. The home we chose had been custom built in 1949. It was from the estate of the builder, in a neighborhood of beautiful estate properties, but had never been updated. In essence it was a gem ready to be re-polished. Because we were very experienced in doing extensive remodeling, that was not a hindrance.

E-Z: What design features stood out to you?

D & S: The most important aspects of the physical house were its floor plan and high quality construction. It was also very obvious to us how to remodel it to our needs. We knew we were going to completely gut it to bring the interior into the 21st century, yet retain the footprint and general street appearance that was so pleasant.

E-Z: What was the extent of the remodel?

D & S: The house was taken down to the studs and subfloor, so that the entire interior envelope was exposed. This allowed us to put in entirely new electrical, plumbing, insulation, cabinetry, etc. and to install the most up-to-date systems. 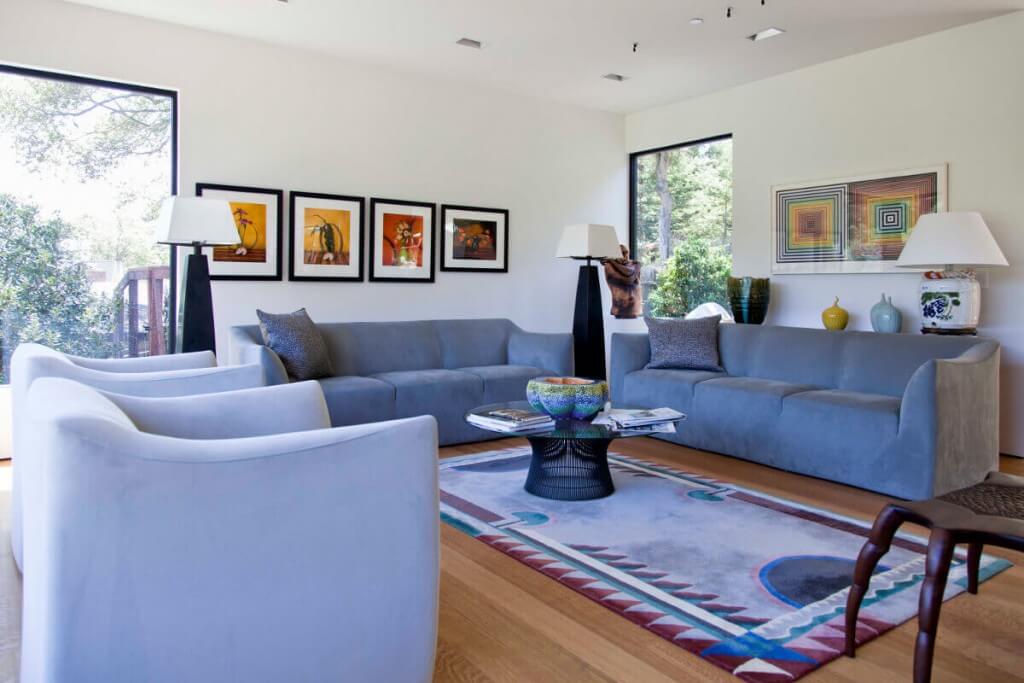 E-Z: What styles of architecture and design have you enjoyed over the years?

D & S: We have very diverse architectural interests. Among the many styles we enjoy are some of the wonderful Palladian designs that go back 500 years. But realistically, when it comes to houses, I suppose John Lautner would be our favorite architect with a number of other West Coast architects not far behind.

From an interiors perspective, I am an Art Deco fanatic. Fortunately, the stuff I really like is either in museums or too expensive to buy.

E-Z: Speaking of interiors, you’ve collected some classic furnishings over the years. Could you tell us about that?

D & S: To us, the best exemplar of good design in the second half of the 20th Century, and still today, is Knoll Associates. They continue to sell some of the most beautiful furniture made in the last 60-90 years. Classics such as the Breuer Cesca chair. the Mies Barcelona chair, and Eero Saarinen’s Tulip table and chairs are still just as wonderful and contemporary now as they were when they were designed. A Warren Platner coffee table we bought from Knoll in 1968 still looks timeless. 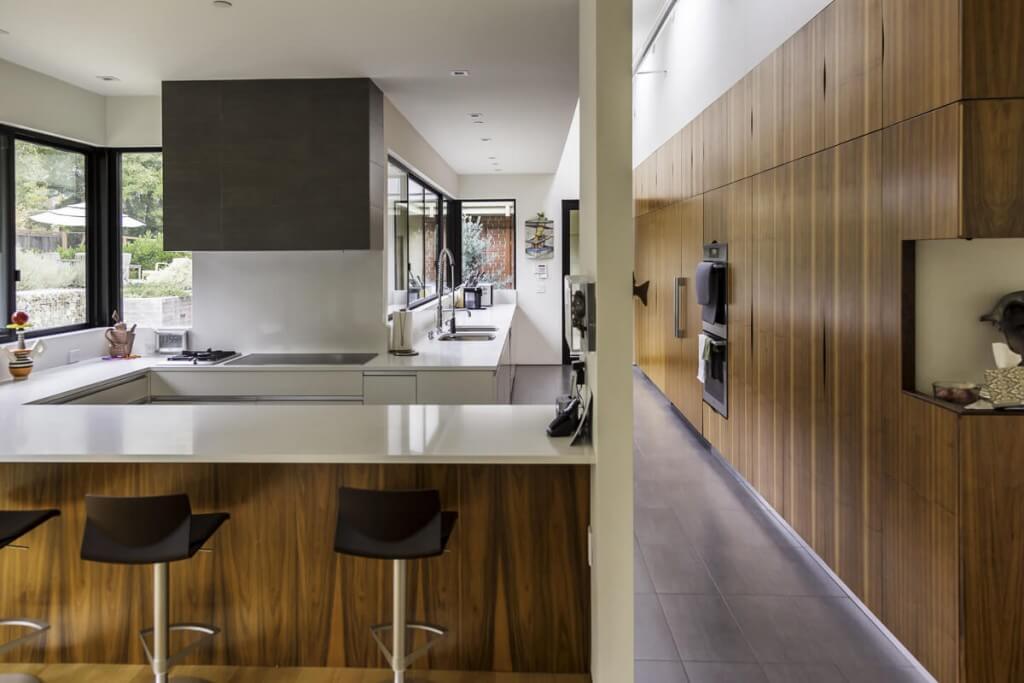 For very high-quality construction and design we also like Herman Miller and Dakota Jackson. We have also commissioned truly masterfully conceived wood casework pieces from Brian Newell, one of the country’s finest furniture craftsmen.

E-Z: How did you first learn about E-Z Shelving?

D & S: Susan is an avid reader of design magazines. She saw a bookcase in an article that featured a very modern New York City apartment with great-looking book shelves. The manufacturer turned out to be E-Z Shelving. I contacted your company and reached Jim Parmiter, who has been just incredibly good to deal with.

E-Z: You’ve chosen the interior elements of your home with great care. What made E-Z Shelving the right fit?

D & S: EZ Shelving has multiple appeals for us. First, the product is virtually indestructible. We use it in our media room to hold all our books, many of which are very heavy art books. We use it in both offices for general shelving, and to support our desk tops. We also use it in the garage for miscellaneous storage. 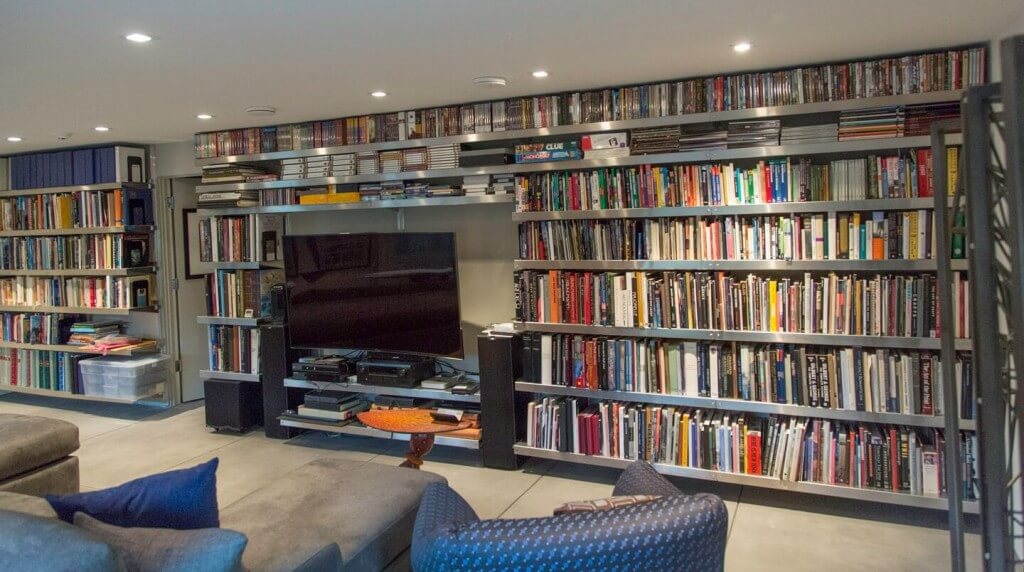 Second, we like the industrial look. It fits in well with the way we remodeled the house.

Third, once the uprights are properly installed, it is a simple task to put in the shelving and adjust it in any way we might want.

Fourth, E-Z Shelving is a comparative bargain to other systems that are available. I know of no other shelving system that can deliver the same level of performance and flexibility.

E-Z: We’re very proud that you’re repeat buyers, and are passing the love to the next Lederman generation. Please describe your current project, and what is was about your experience with E-Z that has brought you back over the years.

D & S: The latest project is a remodel of my daughter’s house. She is putting in an entire wall of E-Z Shelving in her kitchen to hold heavy kitchen pots and pans, as well as other items. She is also using E-Z Shelving in her music/study room for books and work spaces. 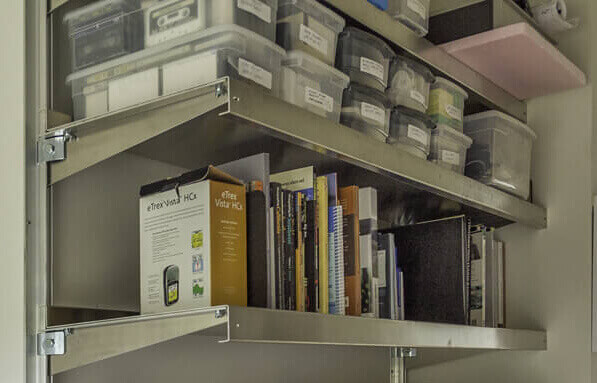 One of the nicest aspects about working with the company is the experience of emailing a sketch with dimensions and a few specs, and in return receiving an isometric drawing of the finished design, along with a bill of materials and a complete cost breakdown.

E-Z: Thank you very much for sharing your story with us and making E-Z a part of your home!